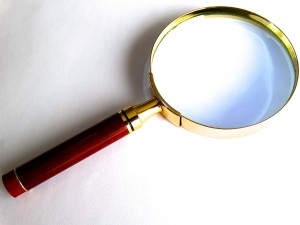 In 1992, a scientist named Robin Dunbar assigned “150” as the number of close individual relationships human beings are capable of maintaining at one time.  The human brain, Dr. Dunbar asserted, reaches a tipping point and becomes overloaded if forced to retain information about more than 150 people.  Anyone who looks at their own life would likely see this theory as being quite reasonable.  But how does Dunbar’s Number apply to connectivity within social networks?  What if you could exponentially magnify that number by engaging with and connecting complementary community members in a very precise manner rather than at random?

Since Mitch Joel wrote a book called “Six Pixels of Separation”, I’ll choose the number “6” for the purpose of this discussion.  If you were to choose SIX topics you are most passionate about and SIX topics that would make you exit a room as quickly as you entered it, what topics would be on each list?  Do you have your lists made?  Good.  Now reflect on the 150 people closest to you.  You all share a few common insights and passions, right? Otherwise, you’d run the other way when you saw them approaching you.  The important thing to note here is that NOT ALL of your 150 closest relationships are compatible with ONE ANOTHER.  Because of this fact, I ask you to now categorize each person into whichever of the six “passion” categories you defined a moment ago.  If they fit into more than one, great!  It means you have more to talk about when you get together!

This is where it gets interesting.  Where Dunbar’s Number caps the relationship figure is where the real magic happens.  How is this possible?  An old-school concept called DELEGATION. Except in this case, you’re delegating purposeful connectivity rather than authority.  And your network becomes exponentially magnified as a result.  Remember the six “passions”. and the six “deal breakers”? Let’s start first with the deal breakers.  Would you ever choose to engage with people with whom you share zero commonality?  Of course not.  The great thing about big data is that these people can now be identified before you send them ANY marketing correspondence.  By the way, this is the ONLY way they’d ever hear of you in the first place.  They, like you, certainly aren’t going to connect with anyone they have ZERO in common with, right?   This concept pinpoints exactly why traditional advertising is on its last leg.

Finding people who share one or more of your passions is the key to success.  Why?  The relationships are more genuine, authentic and engaged when joined together by passion. Customers who share one or more common worldviews are also less likely to leave your care, and therefore, you make a better living as long as you never give them a reason to not trust you. “What does ‘Dunbar’s Number’ have to do with any of this”, you ask?  In order to understand, you need to take a step back and visualize a rather unique example.  I’d like you go back to science class and picture an ATOM, namely the individual molecules within that atom.

Let’s start with the nucleus:  YOU.  Rotating around you in the next layer are 150 of your closest friends.  Connecting you to those friends are one or more BONDS (as discussed above).  The number of bonds between you is the number of passions you share. Dunbar’s Number stops there, but with the Molecular Networking model, we’re just getting started.   What happens next exponentially magnifies your network by delegating the power to expand it to your friends.  Although the two of you may share a few common friends, you are only one particle in their networks, right?  The thing you can be relatively assured of is that, because the two of you share compatible worldviews, it’s likely that others in their network you have yet to meet are likely to be compatible with you as well.  We see this playing out online every day.  My assertion is that, much of the time, such connections are less purposeful and more random.  By making these secondary connections more purposeful and focused, however, we gain two distinct advantages:  First, we maintain some element of control over our connectivity.  Second, we are able to inject passion into the second layer of communities THROUGH our first layer bonds.

The difference between this Molecular Networking concept and traditional marketing is that there is no randomness, and therefore, a reduced level of discord within networks.  Once the passions and deal breakers have been determined, the focus of the networking process is EXCLUSIVELY ON THE CUSTOMER EXPERIENCE.  The primary function of the nucleus is to strengthen the bonds between molecules.  When done correctly, the bonds (chemistry) between molecules (people/communities) are become stronger than any opposing force(competitor), thus dramatically reducing the pull (noise).  The potential size of a network using this theory is limited only by one’s ability to engage and energize their communities. Even if you only achieved a 20% bond with the group one layer beyond the initial friend layer, the potential is staggering:


Not bad, right?  Hang on, friends.  This is only one facet of a multi-layers concept..  How many influencers on Twitter have used the phrase “Employee Advocacy” in the last 3 months? Exactly.  Your team members are also nuclei, aren’t they?  You have 3 of them?  Triple the product in the above equation. Three HUNDRED people report to you?  Bad news:  You need to buy a new calculator.  What about the impact on recruiting when networks and worldviews are factored into the selection process throughout all levels of an organization?  Wouldn’t people enjoy going to work more if everyone throughout an entire organization shared at least a few compatible worldviews? How much would such diversity benefit a company’s retention efforts?

Personally, I believe it would be a game-changer.