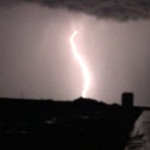 One of the greatest lines in history came from Val Kilmer, who played Doc Holliday in the movie “Tombstone”.    It’s the climax when Holliday confronts Johnny Ringo, one of the leaders of the Texas Outlaws.  Ringo was expecting Wyatt Earp, whom he knew he could defeat in a gunfight.  Instead, Holliday came from behind a tree and uttered that memorable line.  The instant Ringo saw Holliday, he knew his days were over.  Ringo was armed with appropriate information, but a change in his plan adversely affected his outcome.

Sticking with the western theme, an example of a leader who didn’t know what he didn’t know was George Armstrong Custer.  In June 1876, Custer led his troops to battle at Little Big Horn.  He assumed, incorrectly, that his military intelligence and superior technology would quickly overpower the enemy, which would result in an immediate victory.  What he didn’t know was that he was outnumbered…  EXTREMELY outnumbered.  By the time he found out, it was too late.  His cavalry suffered one of the biggest defeats in US Military history.

Now let’s talk about a third kind of leader:  One who plays the game with his eyes up, like a great point guard on the basketball court.  He or she sees the game as it unfolds and knows where their teammates should be positioned every second.  They usually aren’t the scoring leaders, but rarely does the team win without them.

A small shift in emphasis from one word in a sentence to another can change the attitude of the response from an upbeat, positive, team building one to a defensive, self-centered, egotistical one.  Your non-verbal response (or reaction) to that question will speak far more loudly than your words.

Don’t get upset for being asked, but which is appropriate for you…  The first or second?  Or the third?