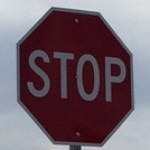 I’ve said a repeatedly that:  “I don’t care if I’m the FIRST person someone thinks of.  In fact, I’d much rather be the second than the first.” The reason is simple: The representative’s name people bring up first when talking about my industry at dinner parties is often the one they’re pissed at. Interestingly enough, this JUST HAPPENED, right at my own breakfast bar.

My wife had friends over the other evening for wine and appetizers.  Out of the blue, one of them started talking about how much junk mail they get from other local brand representatives, and how they get nothing in the mail from my office.  Almost instantly, the other two chimed in and it became a virtual slam-fest.  These women were going off on the old-school marketing  tactics, saying how they would “NEVER” do business with these people.  Meanwhile, I stood there in my kitchen, eating some soup and a sandwich.  Finally, an opportunity came to throw some gasoline on an already blazing flame:  “Do you know that when those prospects call one of those offices, they are told THEY HAVE TO COME IN DURING BUSINESS HOURS to be taken care of???”  I thought the roof was going to blow off the house!  But it was true. This is how some representatives STILL thrust their “this how we’ve always done it” mentality on people.  What this impromptu conversation made me wonder was:  “How can I tap into this incredible negative energy and use it to build something amazing?”  That’s when I thought back to Anthony Robbins’ “Unlimited Power” CD I keep in my car for road trips.  It’s in that content  where I first learned the term “Neurolinguistic Programming.”  NLP is the perfect way to advertise and market the opposite attraction.

When people go on a diet, do they stop eating entirely?  No.  When they start a workout program, do they go to the gym for three hours 7 days a week after being sedentary for 5 years?  Of course not.  Dieting and exercise are are two cases where doing the exact opposite of what you HAD been doing simply doesn’t work.   Marketing, namely how consumers REACT to certain strategies, is an example of how customers CAN be rewarded for engaging in the exact opposite behavior when confronted with certain stimuli.  In this case, those stimuli are traditional interruption strategies.  Expose and build upon the frustration people like my wife’s friends were demonstrating about the other local brand representatives, then give them an easy-to-adopt opposite alternative that allows them to regain control over their time and attention.

Few things in the world are absolute, which is why gray areas exist.  One exception to this is time.  There are ABSOLUTELY 24 hours in a day…no more, no less.  What people choose to do with every second of every hour depends on their personal values.  I argue that most people value spending time with others and/or doing things that matter most.  They would also prefer in those moments that everything else:  distractions, annoyances, inconveniences, surprises, etc, would just go away.  Do-Not-Solicit/Do-Not-Call, DVR’s, Opt-outs, and anti-SPAM regulations are just a few indications that customers want uninterrupted control of their time. What many have yet to understand, however, is that there are increasing numbers of professional service providers out there TODAY who will allow them to reject the traditional strategies and actually encounter remarkably superior levels of service by doing the exact opposite of what they are accustomed.

When customers begin diverting their attention and revenue the opposite direction, it will accelerate change across entire industries.