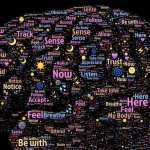 With all the talk about segmenting customers, wouldn’t it be equally as intriguing to dive into the brand and representative personalities that create, curate, share, and publish content?  News feeds and timelines are becoming more cluttered by the second, which is forcing consumer attention spans to get shorter each day.  As a result, consumers are becoming more aware of the motivations of the people they follow, although they likely have yet to get as analytical as some people. (Yes, I’m referring to myself.)

Three years ago, I marked 2016 as the year that would re-define the term “Attention Deficit”, only this time it’s not a disorder, but a paradigm shift.  Why 2016?  Because it’s a presidential election year in which a good percentage of the American population is now relying on mobile technology as their primary source of communication:  Voice, text, and data, all in one.  The desktop computers on their kitchen counters are collecting dust, their land lines have been disconnected, and their DVR’s are all set to record their favorite shows (without commercials).  All of the focus now is on their handheld screens, and the visual noise is getting overwhelming.  2016 is the year that will make a lot of people rethink their priorities about who they follow and engage with, and whose content is worthy of their attention.  In previous years, much of the information consumed was chosen without regard for motive of the content creator/curator. From this point forward, my belief is that “attention deficient” consumers are going to begin categorizing their contacts into the following four specific segments:

None of this should come as any surprise, right?  What segment do you think you belong in?  Put yourself in the shoes of a customer and ask:  “What segment would I most like to work with?”

2016 appears to be a big year for decision-making.