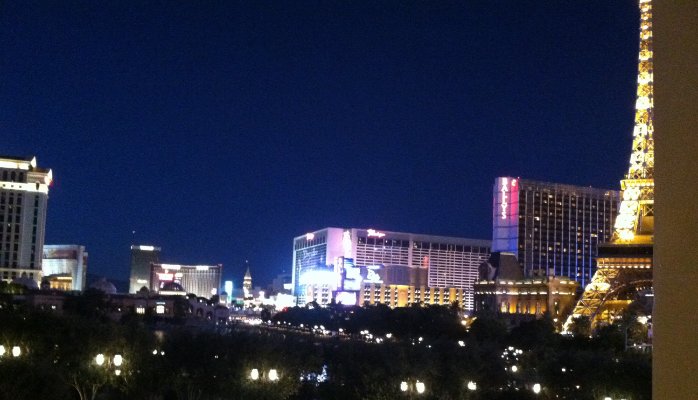 Have you ever been to a casino?  Flashing lights, poker tables, slot machines, craps, keno, blackjack, you name it…Most people go in with hopes of winning it big and come out with empty pockets.  It’s just how the system works.

I worked for a man about 20 years ago that loved to gamble. He maintained a “fund” of about $4000 in the glovebox of his car and frequented the local casinos every weekend.  For him, feeding the $100 slots was a recreational activity.  To me, it seemed ludicrous that he was “burning Benjamins” on an activity in which the odds were NEVER in his favor.  Perhaps it’s the way I was raised or the way I chose the activities to place my own bets on that formed my opinions about his behavior.  It may have even formed a few professional opinions like this one:  Most marketing is like gambling with house money.

If gambling is defined as “playing games of chance for money”, isn’t that what direct mail is?  A business owner purchases a list of leads and downloads them into a prospecting platform.   Not necessarily a CRM platform, as “CR” stands for “Customer Relationship”:  In the initial stage of this game, there is no relationship.  Following the definition, the names and addresses on the lists are acquired to have a CHANCE at generating enough revenue to RETURN the money to the house.  For example, let’s say a list of 50 names and addresses is purchased for $100.  That’s $2 per name, all of which are random.  The GAMBLE is whether any prospect on the list will result in a sale.  This is equivalent to pulling the arm of the $100 slot machine.  Keep in mind that the average success rate for a direct mail program is LESS THAN TWO PERCENT.  That means you get to pull the arm of the slot ONE TIME to even have a CHANCE to hit the jackpot.   Let’s just say the odds are not in your favor.  So why not choose a game with less chance and more control?

I’ve been to Vegas a few times, but gambling isn’t a rush like it is for other people.  I don’t mind betting, but only on things that I have some element of control over:  Like pool.  The only true element of chance in a game of pool occurs on the break.  After that, the skill of each player determines the outcome, not the random “lie” of the balls. The moment a great pool player gets their turn, the game is essentially over.  Have you ever seen a tournament on TV where one of the players shoots one time…in FIVE GAMES?  That’s what I’m talking about.  Great players visualize the sequence in which they are going to pocket the balls before they even take their first shot.  They know how to strike the cue ball in order to make it sit exactly where they want it to make the next shot.  Great players OWN the table in a way that reduces or eliminates randomness.  I was never close to “professional”, but had no problem throwing a $5 bill on the table before the break.  If I lost, it was either MY fault or my opponent happened to be better in one game.

Online debates about the future or marketing are taking place daily.  How-to posts about creating the best content for acquiring attention, building prospect lists, executing follow-up systems, and expanding networks are bombarding newsfeeds every 3 seconds.  The question to ask is this:  Who’s REALLY in control of the game, you or the HOUSE, with the house being the customer?  That’s who you’re rolling the dice in hopes of attracting, right?

How many times can you afford to crap out?