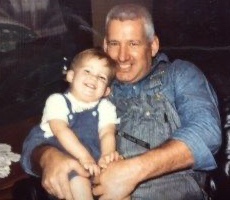 Being a father is great…being a “DADDY” is awesome. Admittedly there are things I’ve done that many men would think are just plain boring: Like sitting for 4 hours at a dance recital for 5-year-old girls, coaching a girls’ recreational softball team, or watching a little-league game that seems like it will never end.  It’s time I’ll never get back, but wouldn’t have missed any of them for the world.  I feel so fortunate to have been there for so many of their life experiences that I can’t tell the stories without tears of pride streaming down my face. When people ask me why I do what I do, it’s never for the money, incentives, or recognition.  I chose this career because it gave me the freedom to participate with my children as they have grown up.

There are 365 days in a year, 24 hours in a day, 60 minutes in an hour, and 60 seconds in a minute.  As each day passes, every second with my family becomes more significant…literally priceless.  Thirteen years ago, my oldest daughter was in first grade.  Now she’s a sophomore in college.  My son, then just two years old, would put his head on my shoulder while we laid on the couch watching “Bob The Builder.”  He’s now a sophomore in high school and driving.  And our youngest daughter that had just been born is now a teenager.  They’re all busy doing their own things and gaining more and more independence each day.

Every great parent understands their primary role in their kids’ lives is to raise them to be incredible adults while providing love and security along the way.  Unfortunately, understanding the role doesn’t make witnessing their transition to adulthood easier. I can’t imagine what it would be like to have missed out on any of the memories we’ve created along the way.