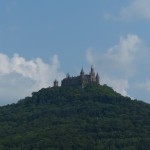 …and build a house on a mountain makin’ everybody look like ants.”

Have you ever listened to Ingrid Michalson’s music? The tone of her voice makes me want to get into a hammock between two trees and take a nap.  I had never heard of her until my daughter’s playlist mysteriously appeared in my cloud.  Funny how that happens, isn’t it?

What’s even better?  Discovering the depth of a song’s lyrics through clear headphones instead of in a car or home sound system.   I’ll bet there are songs you love listening to that, unless you know them by heart, may illicit a totally different mental state when you actually focus on the words.

How fulfilling could life be if we focused on making music instead of giving attention to the noise created to distract us? 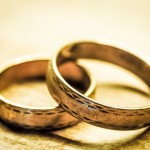 Have you ever thought about what it would be like to be assigned a spouse without considering an emotional attachment or dating first? Seriously—what if they snore?  What if they have gastrointestinal issues?  Arranged marriages happen in a few cultures, but not often in America.  Although spouses are very carefully (and lovingly) chosen, the fact remains that very little freedom exists between the partners to make the final decision.

Do you ever wonder what happens when you visit a branded website looking for basic information about products and services you believe may suit your needs?  I don’t know everything, but I DO know that the information you provide during the website visit is often accumulated, disseminated, and distributed on lead lists to brand representatives within an organization.  That’s correct:  Your name is assigned to salespeople whose job it is to finalize the sale you knowingly or unknowingly initiated with your visit to that website.  The only decision you made up to the point of that return contact was which site to click into. Everything that happens afterward is very similar to an arranged marriage.

What were you looking to get from the experience may have been nothing more than a transaction of some kind, especially when the product or service sought is readily available from multiple providers with price as the primary consideration.  But what happens when the product or service sought requires a deeper understanding, and thus, a deeper, ongoing relationship? Wouldn’t you prefer to at least LIKE who you’re going to spend the duration of that experience with?

Brands fight really hard to get your attention.  They throw their names out there on every commercial, in every newspaper, and on every website.  Although traditional marketing like this has to happen to maintain the brand’s image and name recognition, a key point gets left out of the equation in the pursuit of immediate ROI:  The Courtship.

My policy, out of respect for the person I was dating, was to never kiss on the first date. Let’s get to know each other first. See if we’re compatible.  I’d like it to last. 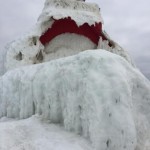 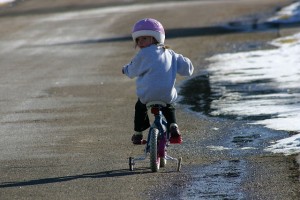